Object of the game of 8-ball

Eight-ball is a pocket billiard game played with 15 object balls and a cue ball. To win a game of 8-ball, a player must legally pocket the eight ball after which time his group of balls, either solids or stripes, is completely pocketed. 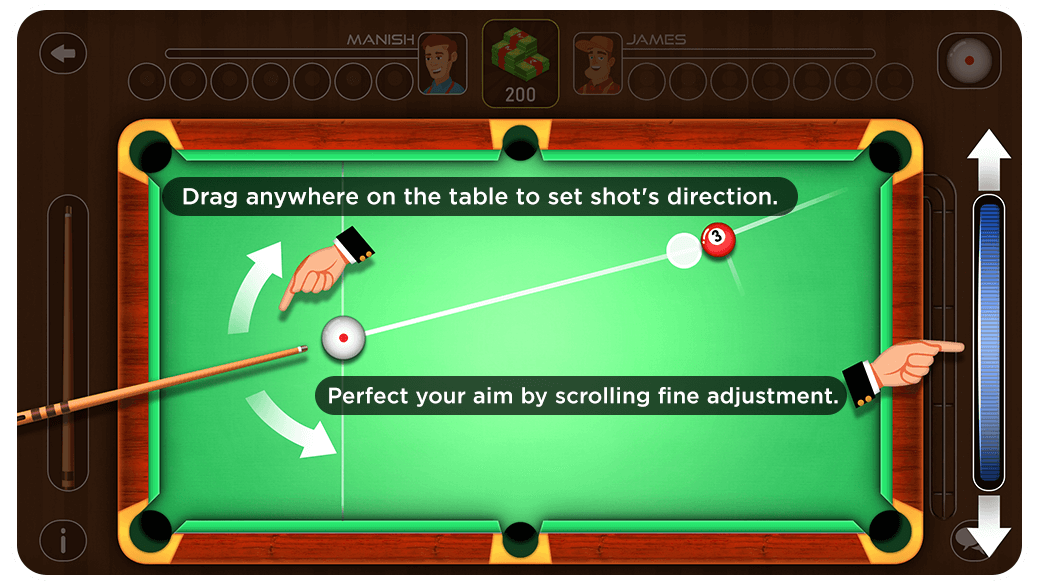 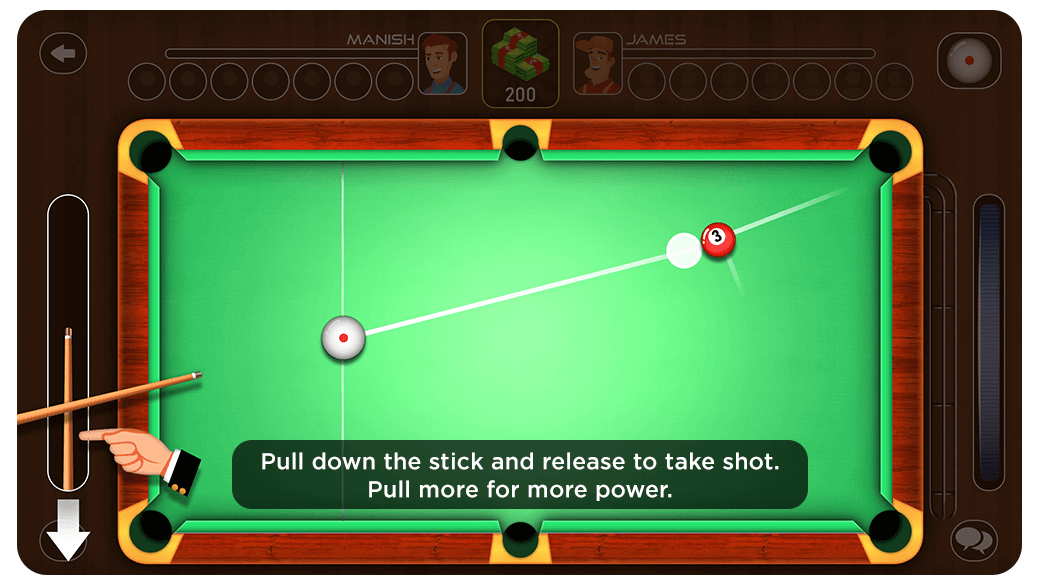 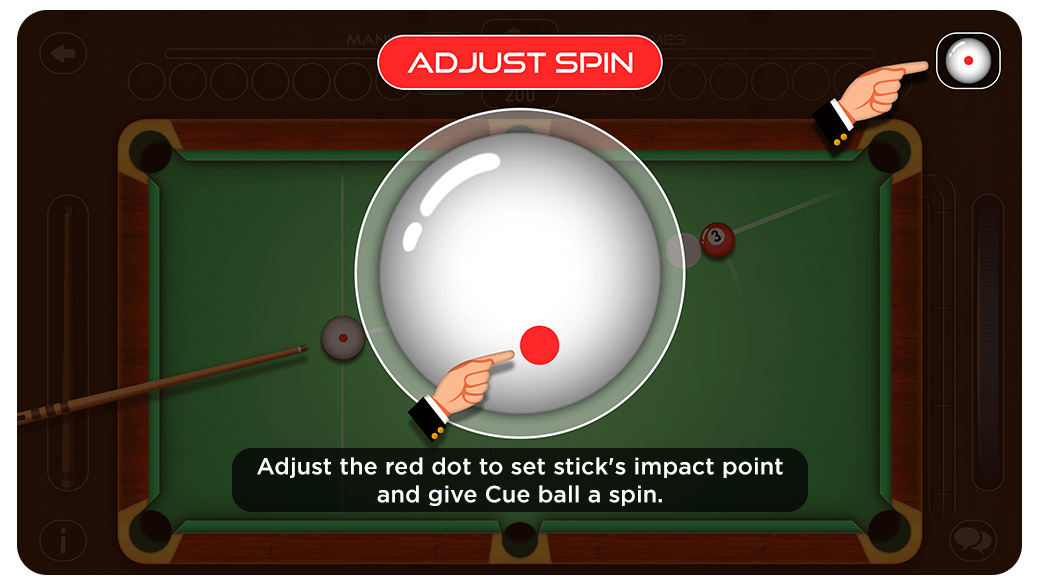 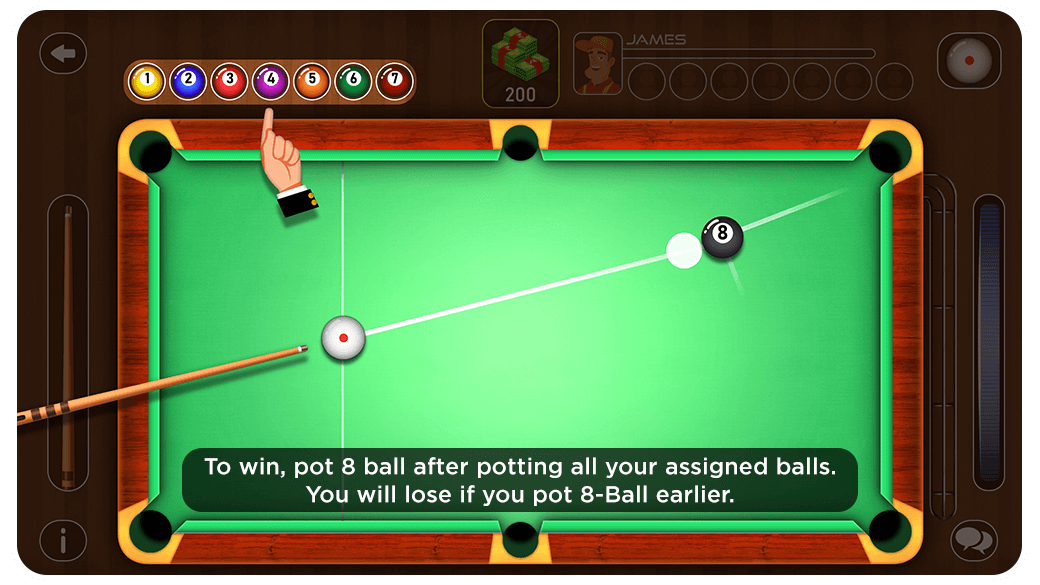 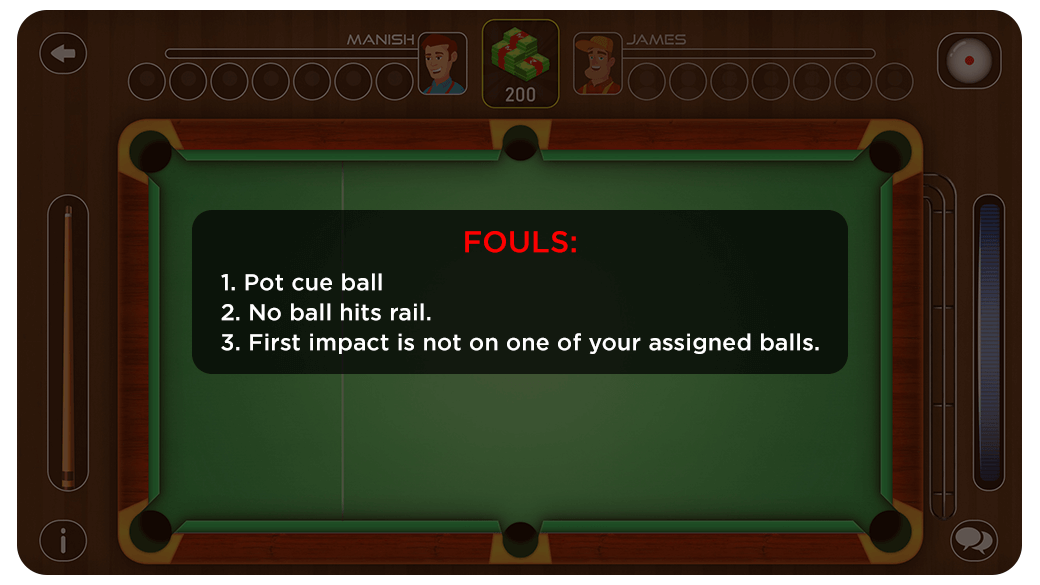 Winner of the Break

The 15 balls are racked in a triangle shape with the foremost ball being any ball except the eight. The order of the balls should be random with the exception of the eight ball which is placed in the middle of the third row, and the two back corner balls which are a stripe and a solid respectively.

A legal shot after the break occurs when:

All fouls result in the opponent of the player who committed the foul being awarded cue ball in hand. The following are fouls:


Winning or Losing a Game

Use of Free Money